The old and the new

Liverpool trip
A final selection of photos of Liverpool, showing the way history has been preserved, particularly around the docks, by a visionary usage of the older buildings alongside eye-catching new developments. It really is an exciting and vibrant city. 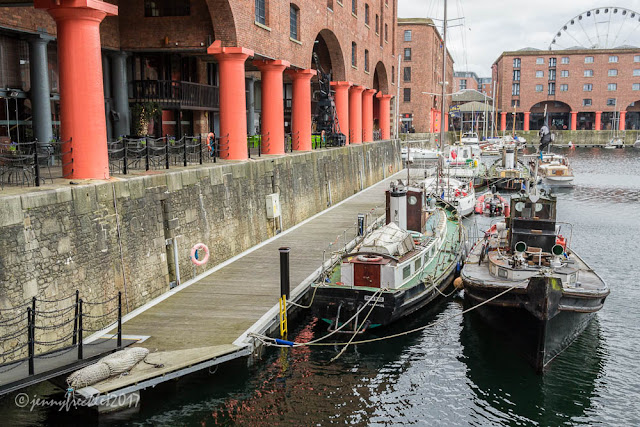 This is the Albert Dock, opened in 1846. At that time it was a revolutionary development, where ships were unloaded directly into secure warehouses built of brick, stone and cast iron with no combustible wood. Now it's a major tourist draw and the largest collection of Grade I listed buildings in the UK.  It has been transformed into offices, shops, galleries (including the Liverpool branch  of The Tate), two hotels and many bars, cafés and restaurants. 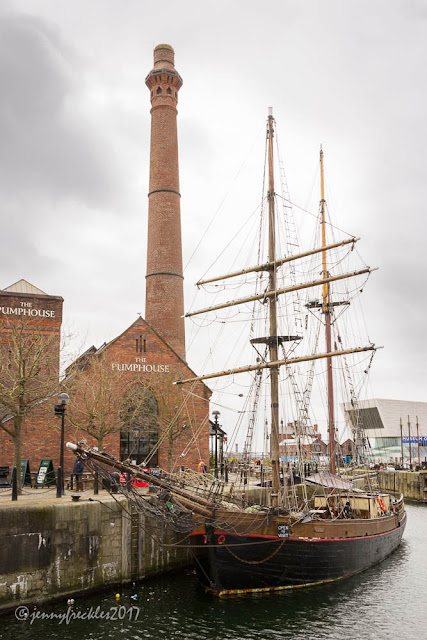 There are a couple of 'tall ships' permanently displayed in Canning Dock. One, Kathleen and May is the only remaining three masted topsail schooner of her type in the world. I'm not sure of the name of the one in my photo but it's a beautiful ship. 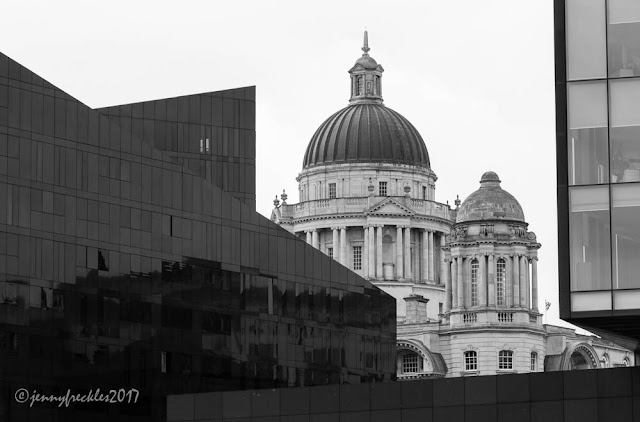 The Port of Liverpool building's domes contrast sharply with one of the newest additions to the Liverpool waterfront, the Mann Island buildings. Opinion is wildly divided as to whether these statement glass edifices add to or detract from the area. Me... I liked the reflections in them!
Posted by jennyfreckles at 07:00