This curious place is on the hillside above Ilkley, not far from Middleton Woods. It is known as Calvary, and was erected by the local landowner, Peter Middleton, in the 1850s. The 'Stations of the Cross', depicts the final hours of Jesus' life, his 'Passion'. Such Stations, in churches or outdoors, are designed to help the devoted (usually Roman Catholic) to make a spiritual pilgrimage of prayer, by reflecting and meditating on the scenes of Christ's suffering and death.
Even today, this is a peaceful place and has its own (slightly eerie) beauty, though it has obviously seen better days. I gather it was almost derelict by 1906, so someone must have tidied it up since then. Myddleton Lodge was occupied from the 1920s to the 1980s by a monastic order, the Passionist Fathers and then became a retreat house for the RC Diocese of Leeds. A new retreat centre was opened in 2002. 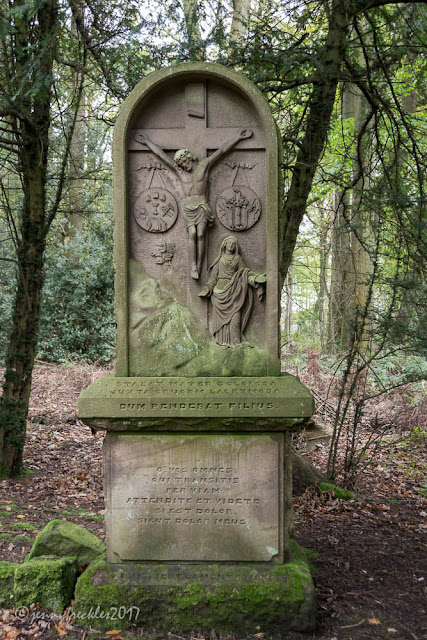 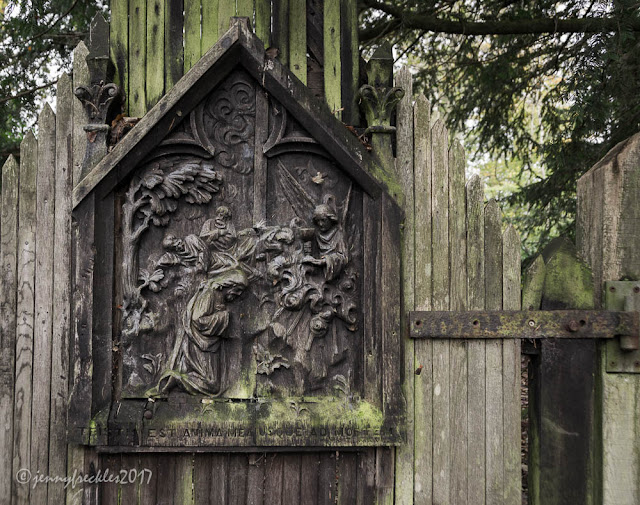