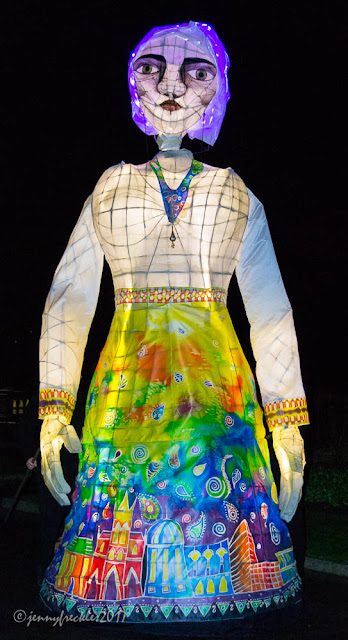 The wonderful lantern puppet pictured above, part of the Cecil Green Arts collection, is a new creation called 'The Spirit of Bradford'. She has many of Bradford's iconic buildings painted around her skirt, including the City Hall and the Alhambra theatre. The puppets appear to be constructed with a wire frame covered in silk. This one stands a good twelve feet tall, by my estimate. They have an operator inside and the hands of this puppet are controlled by two other people.

There were others in the parade too: an angel, a boar (Bradford's symbol) on a bicycle, an owl, a huge heart and one or two other large figures. They look mysterious and beautiful, brightly lit from inside and appearing to glide along the ground. 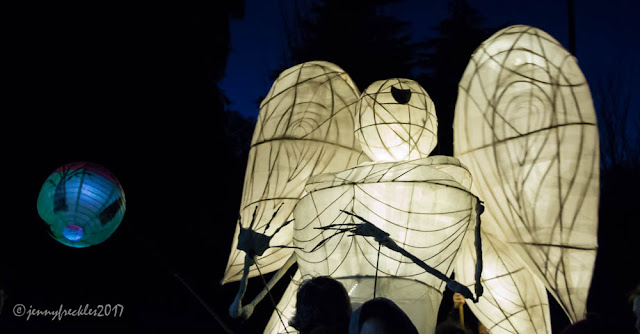 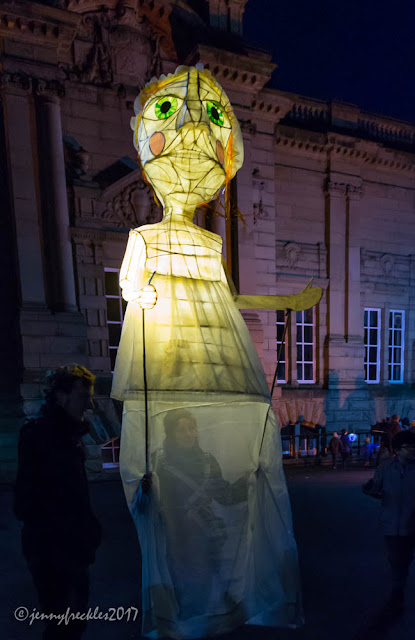