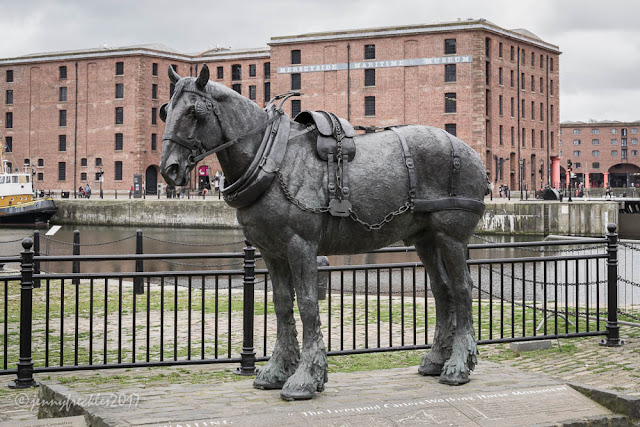 Liverpool trip
Liverpool's waterfront holds some splendid statues. I particularly liked the horse, a work by Judy Boyt, unveiled in 2010.  Entitled 'Waiting', it honours the 250 years of working horses in Liverpool. In the heyday of the docks there were many thousands of horses and their carters, hauling goods from dockside to warehouse, warehouse to railway or canal barge and often then on to wherever those goods were destined. During WWII, they ensured the flow of food and fuel through the port. Immensely strong but easy to handle, Liverpool cart horses were considered the best in the land. Of course, motorisation and then containerisation spelled the end for the traditional docks and their workers and horses. Nowadays, ships are loaded and unloaded by cranes in hours, rather than days.

The other statue I particularly like in Liverpool is 'Legacy' (2001) by Mark de Graffenreid. It shows a young family migrating from Liverpool to 'the new world', America.  Something like nine million people, from all over Europe, are thought to have emigrated through Liverpool, undertaking a brave and pioneering voyage to start a new life. The sculpture was given to the people of Liverpool by the Mormon church. 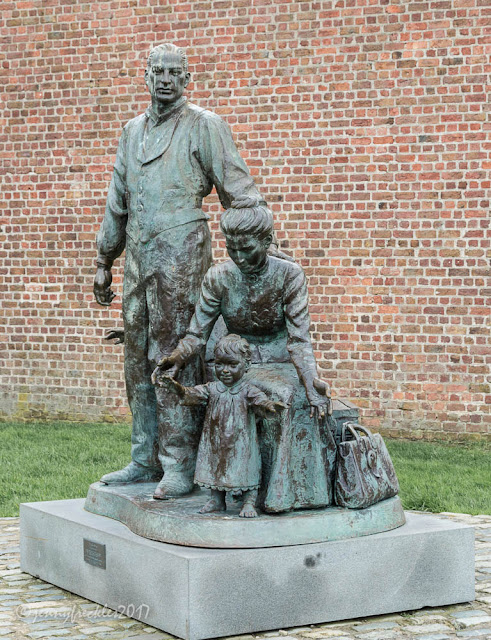