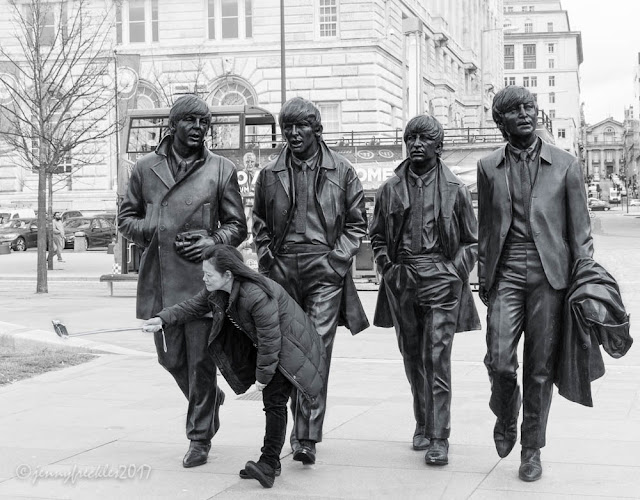 Liverpool trip
This statue, unveiled in December 2015 on Liverpool's waterfront, really needs no explanation. It is The Beatles, Liverpool's most famous export. Paul McCartney, George Harrison, Ringo Starr and John Lennon were all Liverpool born and bred and started their playing career as a band in Liverpool's Cavern Club. The statue commemorates their last public appearance in their own city on 5 December 1965 - over fifty years ago now. I must admit to being a bit horrified when I read that! I was brought up on them, the first pop group I really fixated on. Paul McCartney was my idol as a young teenager but I have come to appreciate just how talented and unique they all were. Their music lives on too. There was no shortage of tourists wanting a 'selfie' in front of the group.
Posted by jennyfreckles at 07:00