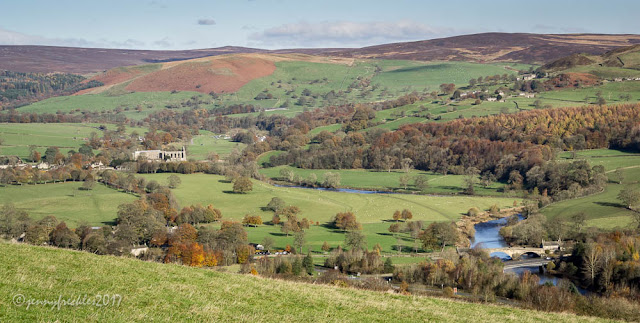 Addingham Walk
Climbing over a steep stile in a stone wall, at the highest point of my walk, I was quite suddenly treated to this stunning panorama of the Wharfe valley, with the ancient half-ruin of Bolton Abbey (see HERE) at its heart.

This is where my long lens comes in useful, picking out some of the detail of the scene: 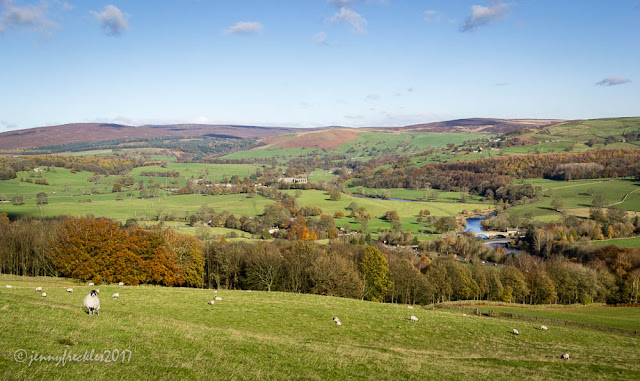 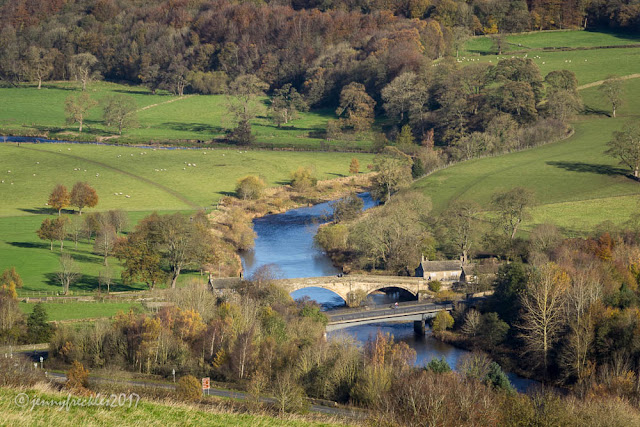 Bolton Bridge, both the old and new crossings, looks pretty from this vantage point. 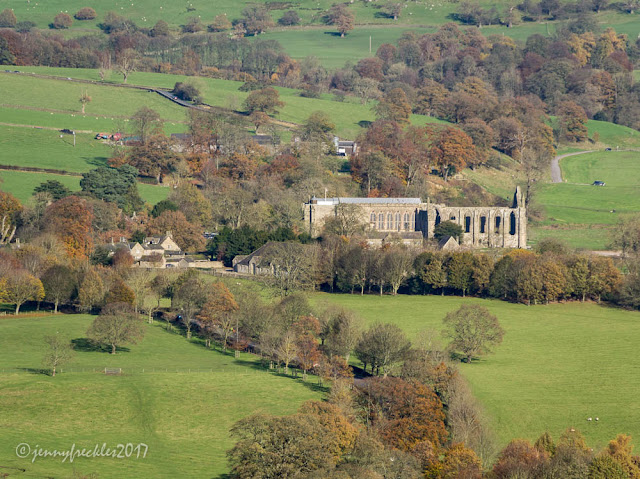 You can pick out Bolton Abbey itself, which has one end in ruins since the Dissolution of the Monasteries in 1536. The other end of the nave was spared and allowed to continue as a church because it was used for worship by local people as well as the monks. It is still used to this day (see HERE).
Posted by jennyfreckles at 07:00