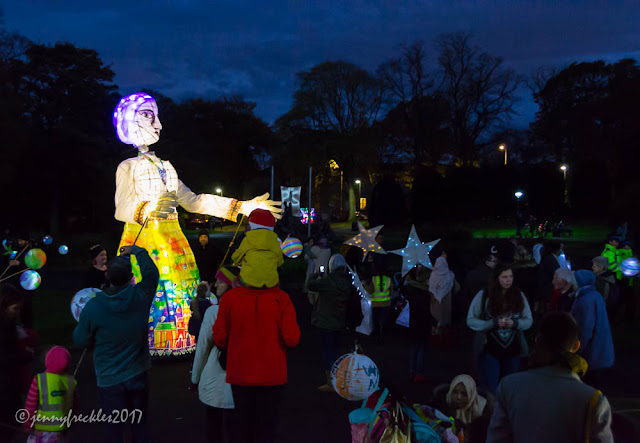 The Cecil Green Arts collective of artist, puppeteers, musicians and circus performers held a Lantern Parade in Bradford's Lister Park in the schools' half term week, as part of the 'Museums at Night' initiative. They brought their huge illuminated puppets and many children were there with their handmade creations, made at lantern-making workshops during the week. 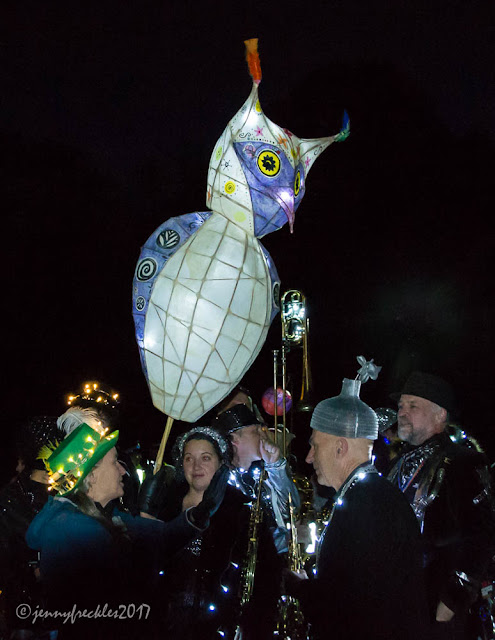 Music was provided by the Peace Artistes and a drumming group, so there was plenty of encouragement to get moving, on what was quite a chilly evening. 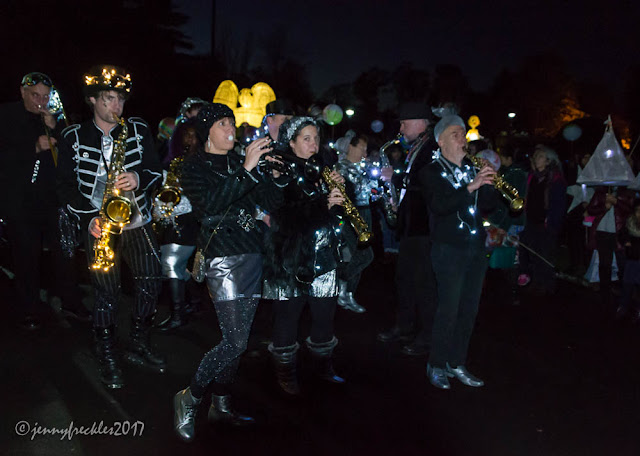 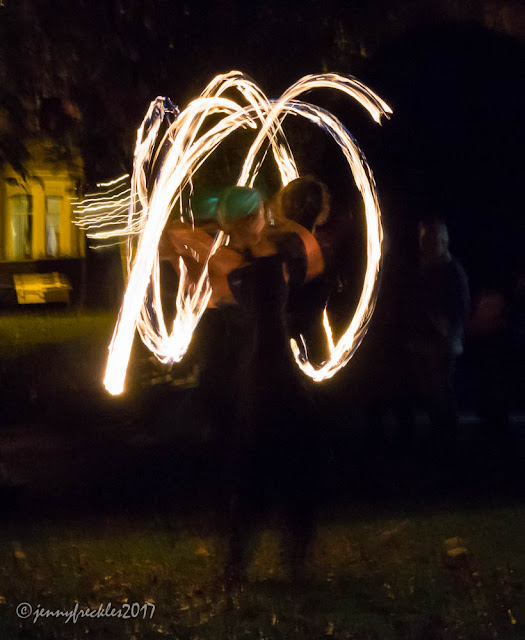 There were also a couple of circus artists performing fire spinning routines. I wasn't sure what settings I needed on my camera to capture that. A tripod wasn't practical in the dark, with so many people around, but I quite like the effect of movement that I captured.