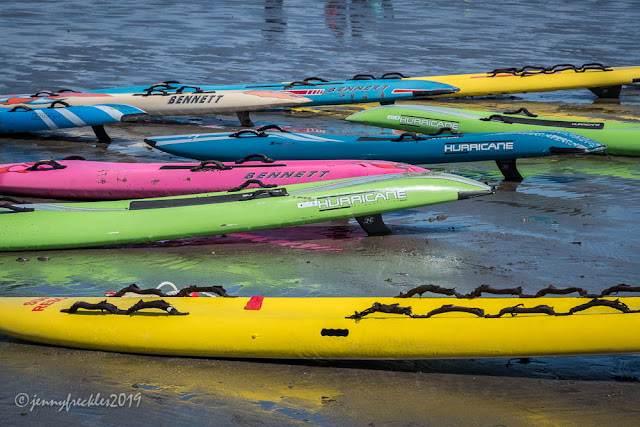 Wales: Although it was a bit chilly down at Poppit Sands, there were lots of people - adults and children - taking a lesson in surfing. Their boards made a colourful sight. I guess it's the equivalent of kids' football training on Sundays mornings back home. Here, the mums and dads have to freeze on the beach rather than on the touchline! 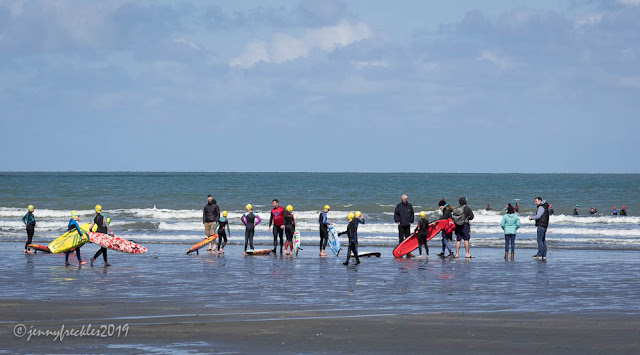 Sunday is apparently the day for the volunteer RNLI lifeboat crew to practise too. There are two craft kept in Poppit Sands lifeboat station, inflatables capable of manoeuvering in shallow water and close to shore. The D-class boat in my photo was apparently called out the day after we left Wales, to a fishing boat that lost its steering capacity perilously close to the rocks off Cardigan Island. Two fishermen were rescued. (See HERE) 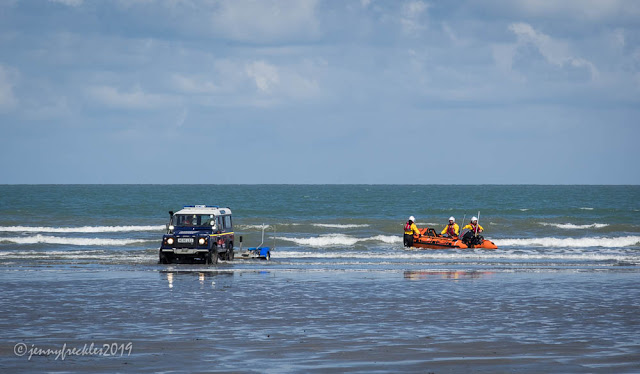 The crew gave me a cheery smile as they sped back to base after their practice, though I couldn't run backwards fast enough to get the whole boat and Landrover in shot! 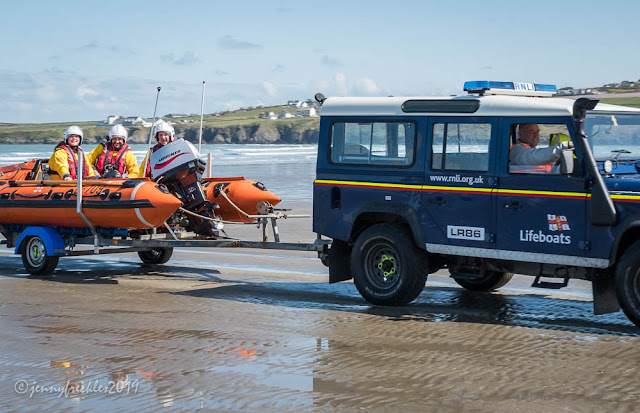