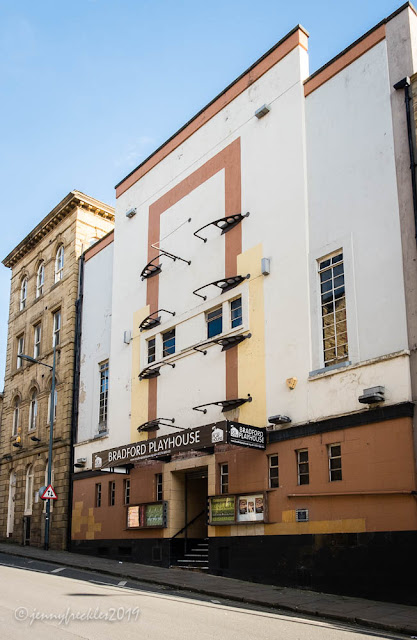 Bradford has a fine and historic theatre, The Alhambra, that hosts the big touring shows: musicals, plays, ballets and a much-loved pantomime at Christmas. Tucked away in the Little Germany district, however, is a much smaller theatre, the Bradford Playhouse. It was founded by an amateur group in 1929 and within a few years the playwright J B Priestley became its President. He helped rebuild it after a fire in the 1930s (with a very Thirties-looking facade, see above). Another fire in 1996 caused the closure of the main auditorium, which was again rebuilt. Since then, it has changed ownership, name and been threatened with closure many times and many efforts have been made to revitalise it as an important community resource. It seems to struggle on heroically. 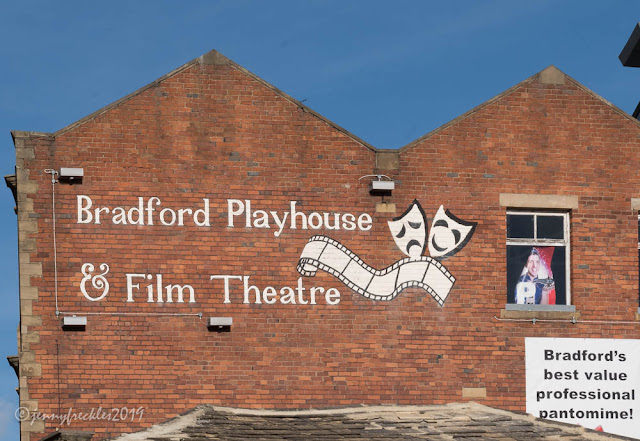