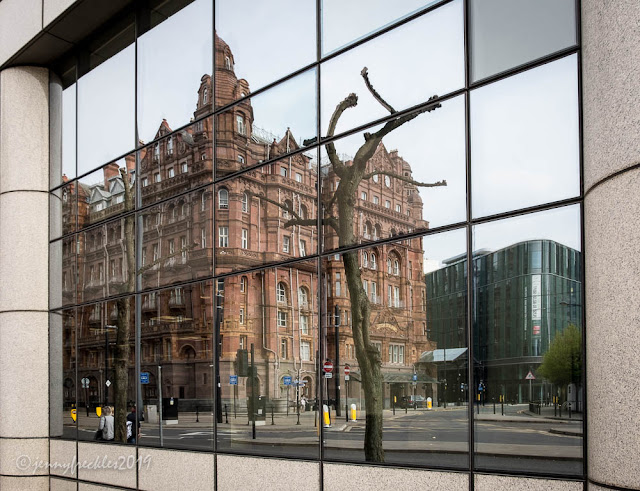 I didn't have a lot of time to wander the streets of Manchester during my visit, as I spent so long in the wonderful Art Gallery. I did, however, have a little stroll around St Peter's Square, near the Town Hall.  The redbrick Midland Hotel is still rather splendid and has a wonderful history.  It was built in 1903 as a railway hotel, in an elaborate Edwardian Baroque style. It's said that it was coveted by Adolf Hitler as a possible Nazi headquarters in Britain, and the area around it was indeed spared the bombing that affected much of the city during WWII. 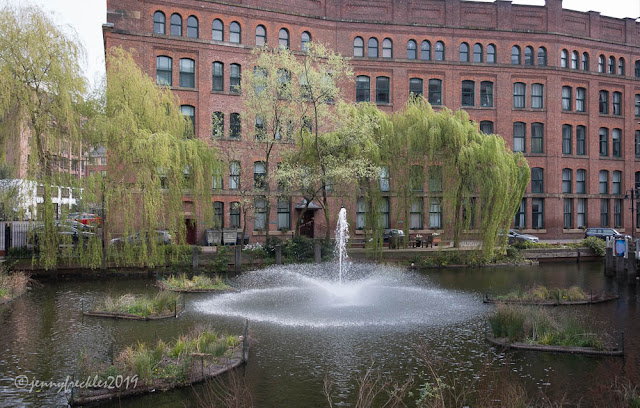 Beside the Bridgewater Hall (a relatively new concert hall that is home to the Hallé Orchestra), the water feature is part of the old canal network in the area. The beautiful red brick building behind it is Chepstow House, built in the 1870s as business premises for Sam Mendel, a wealthy textile baron. It is now apartments.

Nearby, across all the tram tracks of Manchester's complicated, modern tramway system, is the unusual rotunda of the Central Library built in the 1930s of Portland Stone. 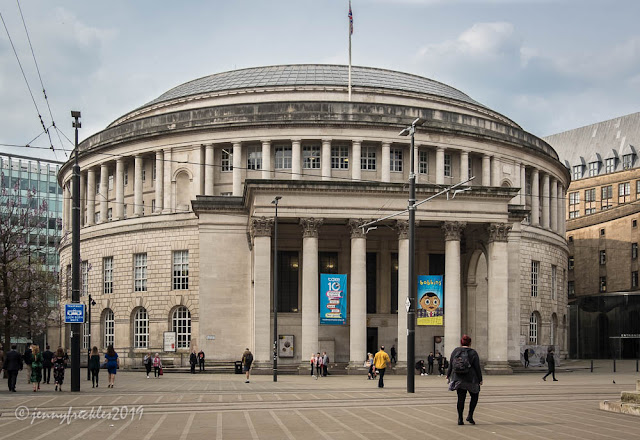 Opposite stands a bronze statue of Emmeline Pankhurst (born in Manchester), shown proclaiming her views whilst standing on a chair. Sculpted by Hazel Reeves in 2018, it was the winner of a public vote to choose which woman should be immortalised and it was unveiled to mark the centenary of the first right to vote for (some) women. Apparently the only other statue of a woman, in Manchester, is of Queen Victoria. 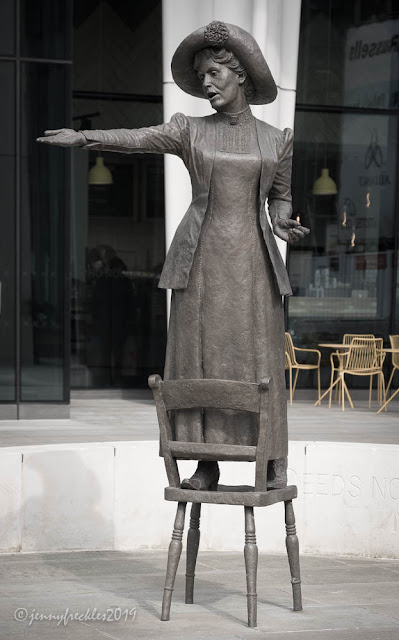