Life in the mines 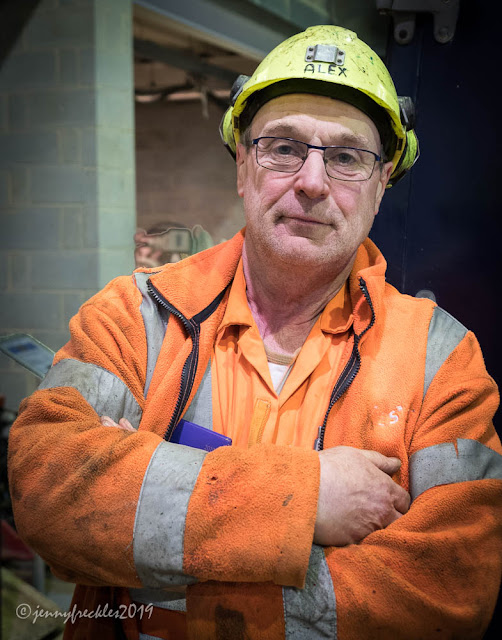 Most of the men now greeting and educating visitors at the National Coal Mining Museum are ex-miners. It makes it very interesting as they have real stories to tell and real expertise to share. On the day I visited, Alex was stationed in the Hope Pit Store, which holds much of the museum's archive of heavy machinery and tools. It is situated at the far side of the museum site, and you can either ride over there on a little train (that used to carry miners to their work stations) or walk along a nature trail. It was fairly quiet when I was there, so he kindly agreed to pose for a photo.

Canaries were used in mines right up until the 1980s, to detect dangerous gases like carbon monoxide. The birds would react much more quickly than people to the presence of toxic fumes, and acted as an early warning system. Eventually the use of 'electronic noses' meant the birds were phased out, but many miners felt this was a loss as they treated the birds as pets. Caphouse has an aviary full of the pretty yellow birds. 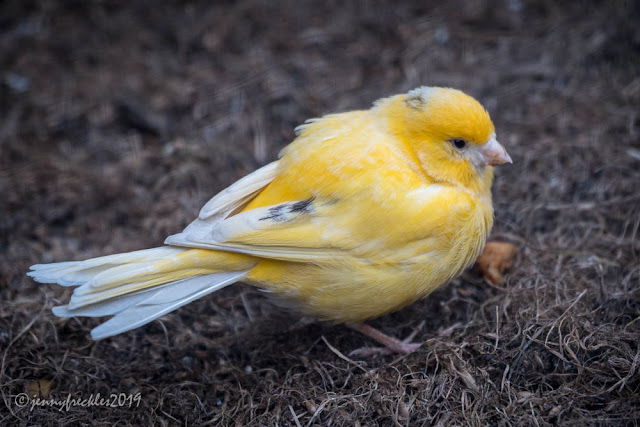 Pit ponies were once used extensively underground as well as above ground, to haul coal and equipment. At the peak in 1913, 70,000 were employed underground but by 1978, thanks to mechanisation, there were only 149 underground and the last of them retired in the 1990s. The sturdy, hardy little ponies lived underground for many months at a time, enjoying occasional holidays above ground. They were a vital part of the mine's operation and as such were well-cared for, and much loved by the miners.

Capstone has this model (below) showing how they would have pulled the coal tubs along rails, but there are also four real horses, including a couple of little Welsh ponies and a lovely Clydesdale heavy horse. They do a short 'day shift' in the stables to delight and educate visitors to the museum and are then led out to fields to graze and rest. 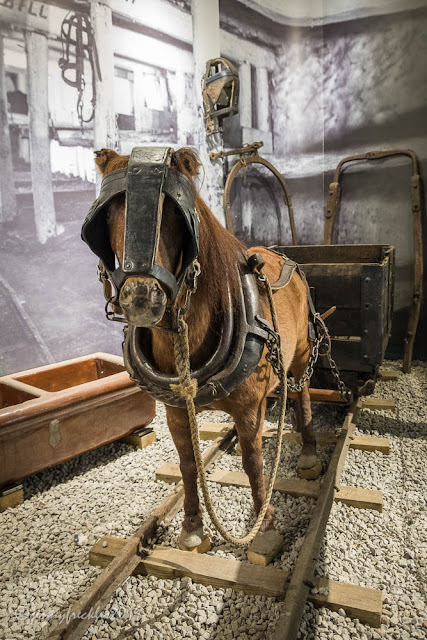