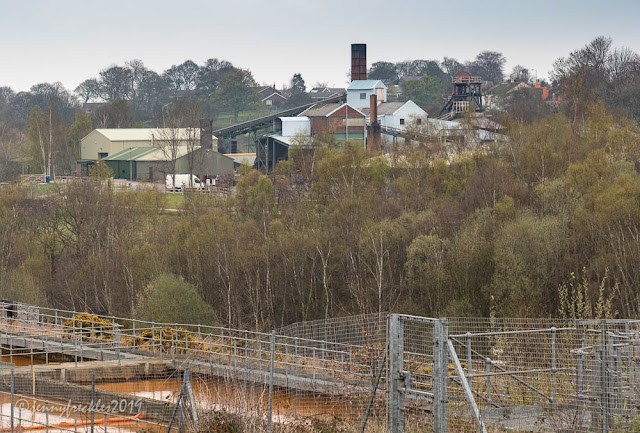 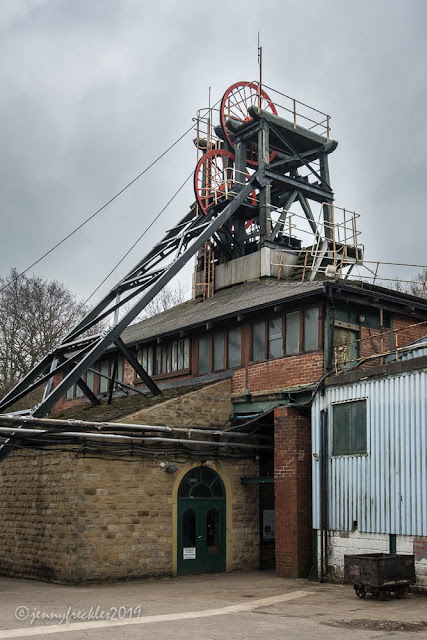 The last deep coal mine in the UK, Kellingley in Yorkshire, closed in December 2015, bringing to an end an industry that had sustained many communities since the 17th century. (There are a few open-cast mines still working.)                                                                                                               I've been doing some research on my family tree, and I know that my maternal grandfather and his father were miners in the Nottinghamshire/Derbyshire coalfields. I was interested therefore to revisit the National Coal Mining Museum for England, near Wakefield. I last went there in 2014 (see here) but it has expanded quite a lot since then. Colliery headstocks and buildings were a familiar sight in my childhood and have now mostly disappeared, so to see the preserved remains of Caphouse Colliery and Hope Pit is quite nostalgic. The big wheels and cables operate the lift cages taking men up and down the shaft at the start and end of their shift and bringing the coal out.
Mining ceased at Caphouse in 1985 but the mine workings have been made safe for tours, so you can get a hard hat and a lamp and go down in a cage to walk through the excavated tunnels and see some of the machinery still down there. It is truly fascinating. Tours are led by ex-miners who have a fund of stories to tell, both funny and poignant. No photos are allowed underground (things with batteries: cameras, phones etc are confiscated because of the risk of explosion from sparks). The tours operate as if you were a miner. You are issued a numbered metal check (see below for a collection of them), which miners used to have to hand in in exchange for a safety lamp before they went underground. In that way, they could tell exactly who was down in the mine, crucial information in the event of an accident. 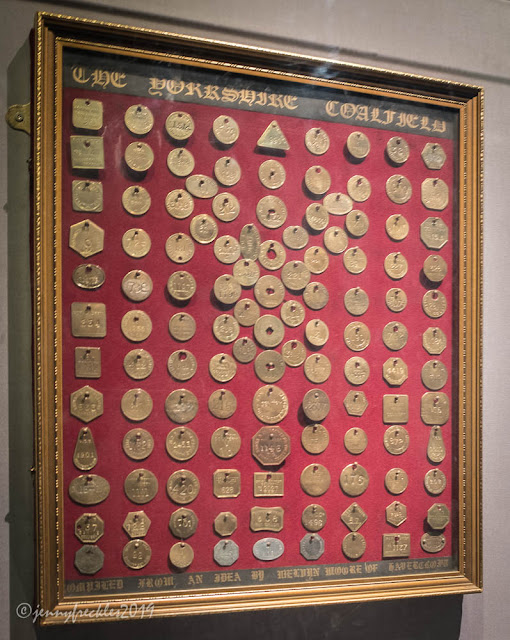