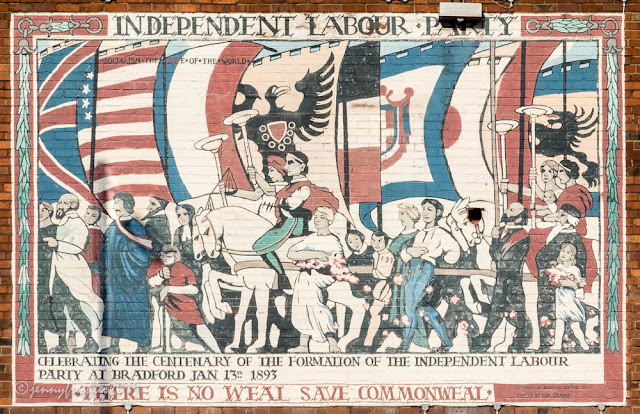 In the Little Germany area of Bradford, there are several interesting murals. The first, above, is on the side of the Bradford Playhouse. It was painted in 1993 and commemorates the 100th anniversary of the founding, in Bradford, of the Independent Labour Party, which was effectively the forerunner of our modern Labour Party. It came about as the result of a crippling strike over pay and conditions by mill-workers in 1890, when people realised that the strikers had lacked key political support and a political movement began, focused on improving working and living conditions for ordinary workers. (See HERE).

The second is (just about) recognisably a picture of the artist David Hockney, who appears to be taking a photo of his own image (see HERE) on the opposite wall. 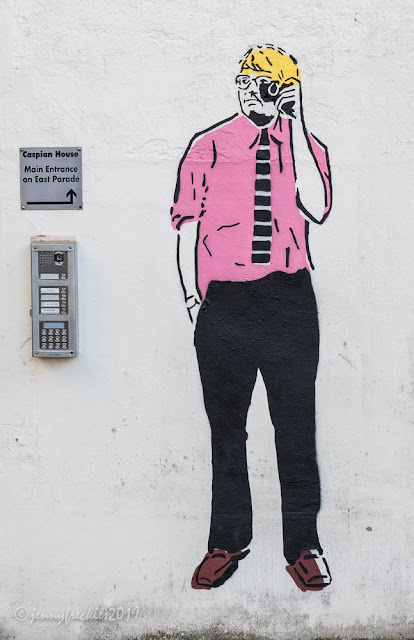 The third is in a blocked-up doorway in one of the Victorian textile warehouse buildings. If you look carefully, the name of the band Led Zeppelin confirms that this is the Stairway to Heaven - unfortunately it's closed! 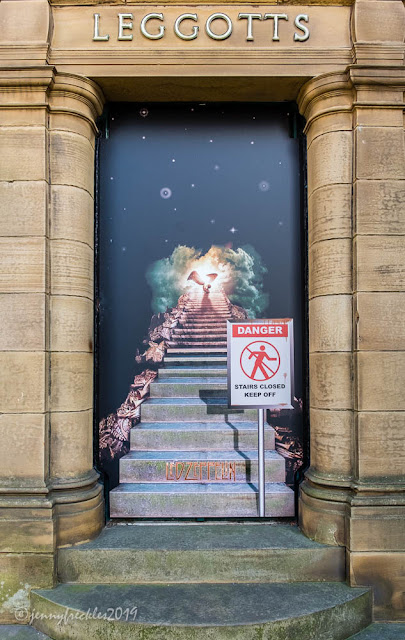