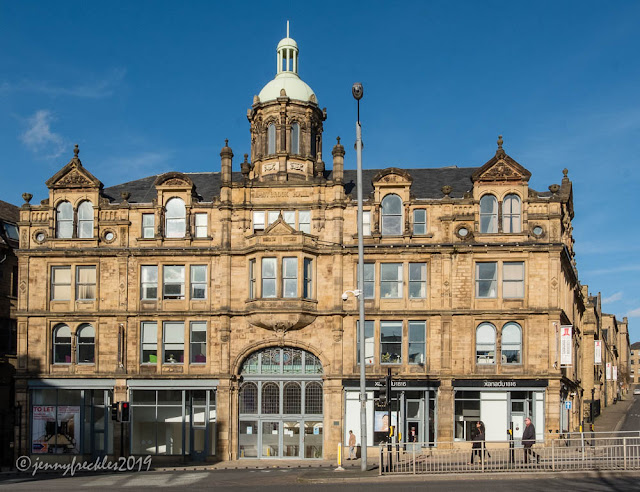 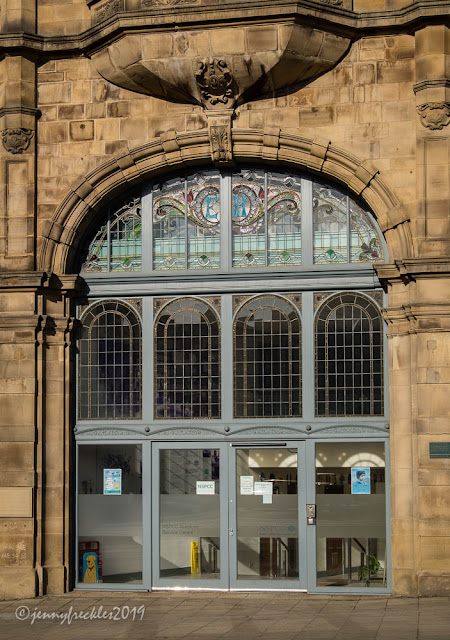 Despite some of Bradford's city centre being a bit run-down, it has some very fine buildings. One of them is Eastbrook Hall, now Grade II listed. It was originally a Methodist Chapel, opened in 1904, replacing an earlier one on the same site, and was known as 'the Methodist cathedral of the north'. It had a fine, galleried hall which saw huge and fervent gatherings. I have seen reports of it also being a theatre but I can't be sure of that. It was disused from the 1980s and then suffered a major fire in 1996, which left it derelict and roofless.

In 2008, an £11m renovation project, supported by the Prince's Regeneration Trust (founded by the Prince of Wales), saw it converted into apartments, though as with many of the conversions in Little Germany, the potential has never been fully realised due to the effects of the recession on the housing market and the ongoing struggle Bradford has to revive the city centre.
Posted by jennyfreckles at 07:00