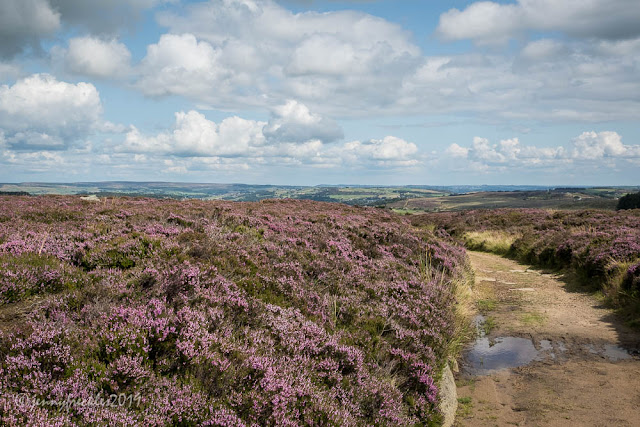 After seeing the heather in bloom at St Ives, Bingley the other day, I decided I'd take a walk on Haworth Moor, where there is more of it - or so I remembered. In fact, it seems to me to be declining even there, taken over by bracken and grasses. I don't think it's just my memory. I'm pretty sure there was a lot more of it ten or fifteen years ago. Climate change? Or the way the moors are managed now, perhaps. There is still, however, enough of it to give that lovely purple haze effect and the scent was gorgeous - a kind of soft, honeyed fragrance. 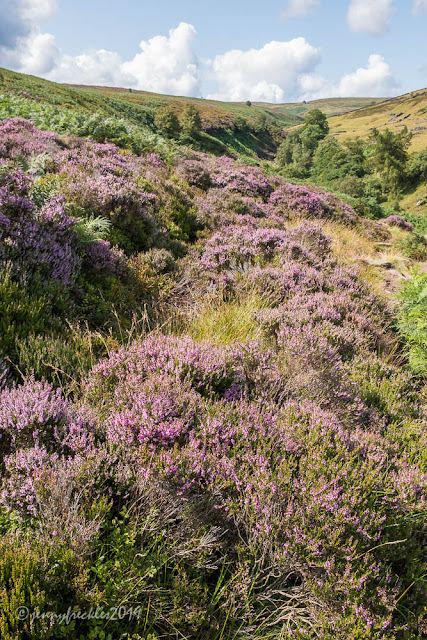 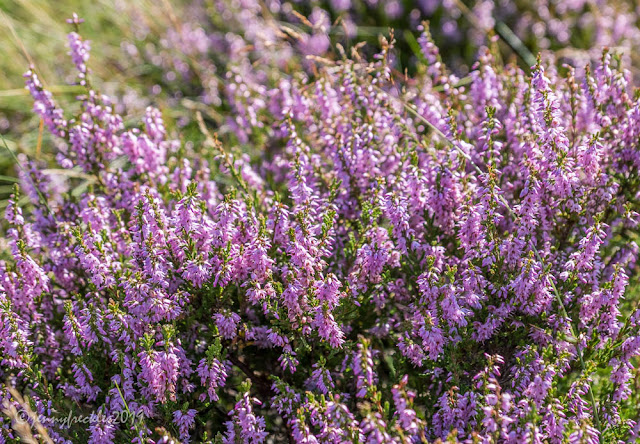 The moors are grazed by a few hardy sheep: the Yorkshire Swaledale breed, I think. For some reason, this little flock formed a (fairly) orderly queue as I approached. Sweet. 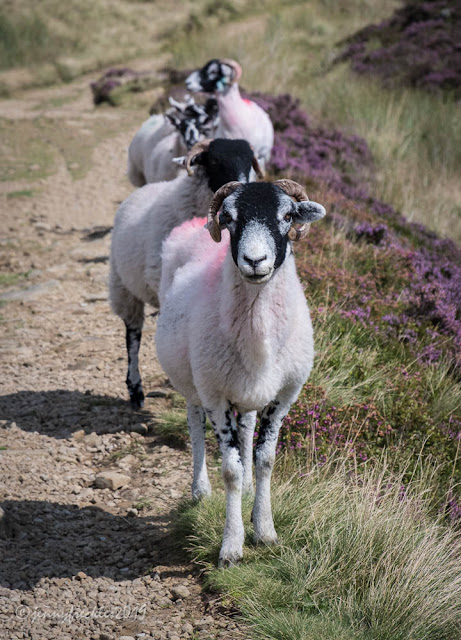 The land around Haworth Moor was quarried for stone and there are lots of dry stone walls, of a slightly different character to those higher up in the Dales. Many of them are collapsing, and don't seem to be maintained. Sheep-creeps or cripple holes are square holes in the wall that allow sheep to move from one field to another. In the photo below, the lintel has broken and the hole is no longer useable - but there were open spaces in the wall nearby anyway, so the sheep could move freely around. 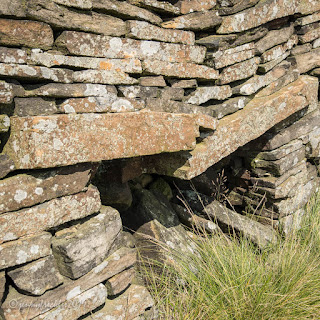