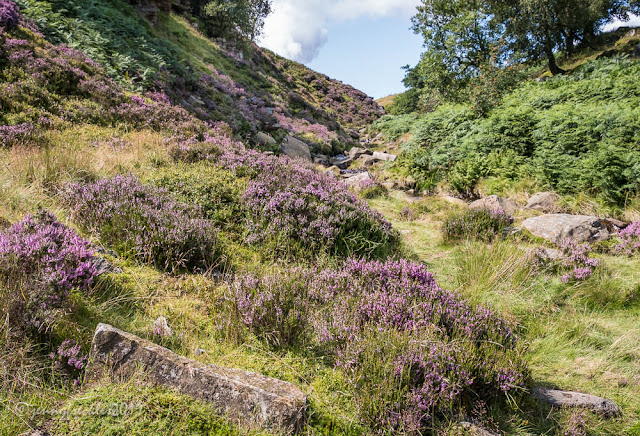 A couple of miles from Haworth, as the moors rise up, there's a pretty spot, nowadays called the Brontë Waterfalls. It is described in some of the writings of the famous literary sisters, who lived in the parsonage in Haworth, so it is known that they visited it. Charlotte described the water as 'a perfect torrent racing over the rocks, white and beautiful'. Sometimes when I've been it's been a mere trickle but, as we'd had recent rain, there was a cascade of peaty water, if not exactly a torrent. 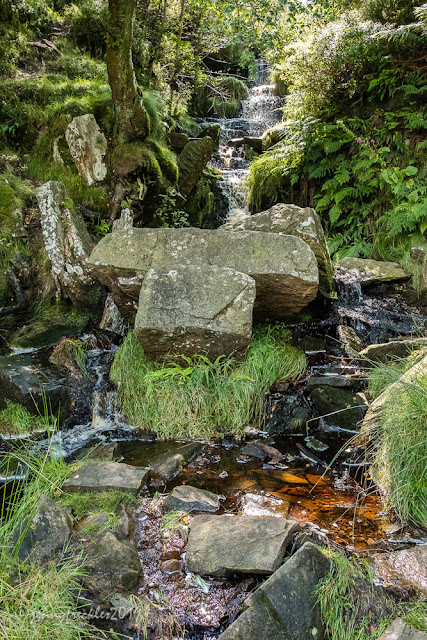 The stream that tumbles down off the moor over the falls joins a slightly larger beck at this point, spanned by a little bridge (no longer the original clapper bridge, which was washed away in a flood some years ago). The Brontës called it 'the meeting of the waters'.  It's a popular spot for picnics and there is always someone sitting in the most photogenic location. At least this couple's clothing blended in with the scenery! 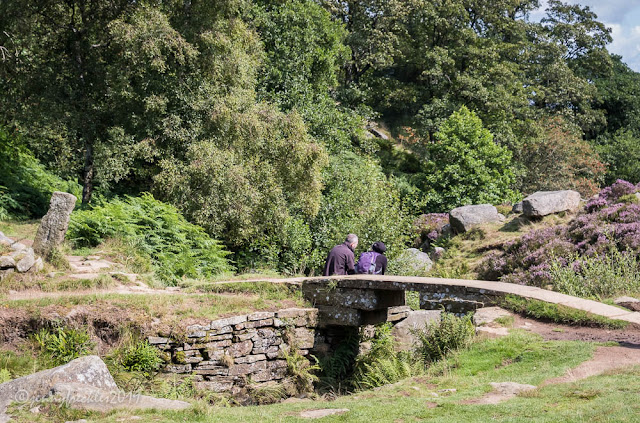 If you have the stamina, you can walk on from here up to the ruined farmhouse at Top Withins. You can perhaps just see it in the photo below, under the lone tree on the skyline. It's not that far, perhaps a further two miles from the falls, but it is not the easy stroll some people imagine. In fact, the route from Stanbury along the Pennine Way is rather easier, with a wider, flagged path. 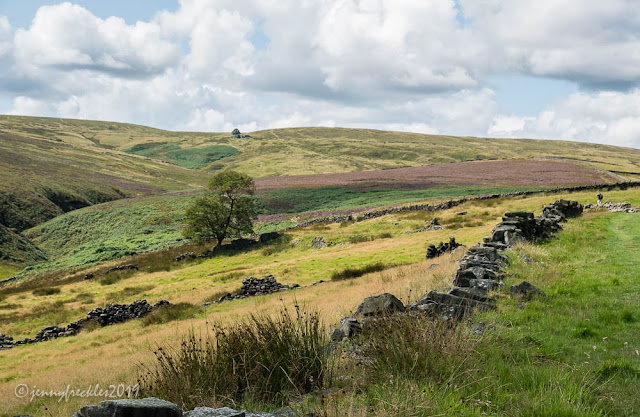