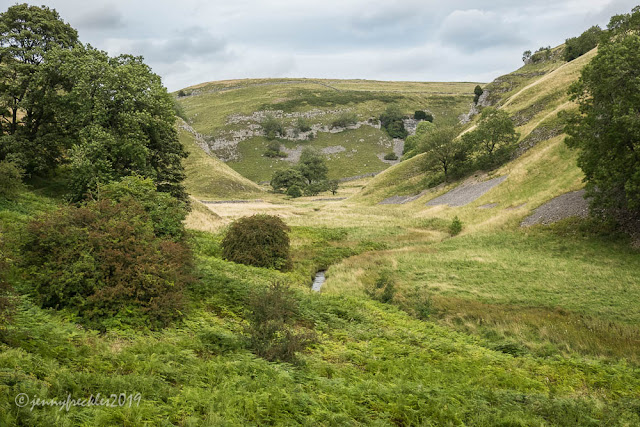 The Barghest is a mythical, monstrous, black dog who, legend says, lives in Trollers Gill, a narrow limestone valley up in the Yorkshire Dales near Appletreewick. He can turn you to stone with one look! Some say he was the inspiration for Sir Arthur Conan Doyle's 'Hound of the Baskervilles'. The valley is also reputed to be inhabited by trolls who will throw stones to try to stop you travelling through. The myths have been enough to put me off exploring in the past but I decided that was very silly and, being up in the area, I took a short walk to see what lies there (even though I was on my own!) 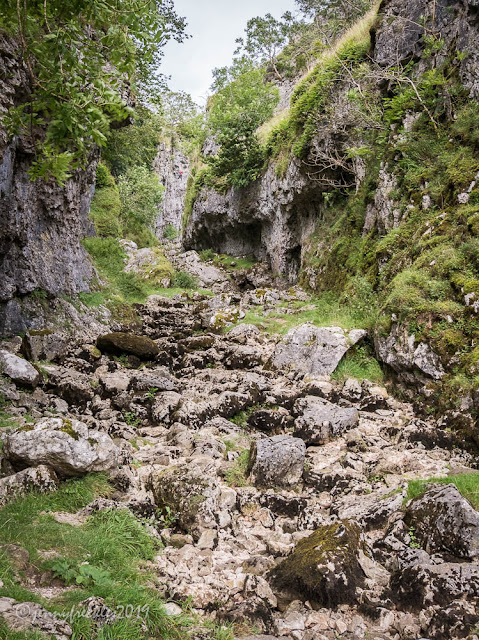 Skyreholme Beck runs through the valley on its way to swell the River Wharfe further down. The beck bubbles along through the lower part of the valley but higher up there is a steep and narrow gorge with a stream-bed that is dry for most of the year. The water flows underground and gushes out from the bedrock at two or three points lower down, which was rather fascinating to see. 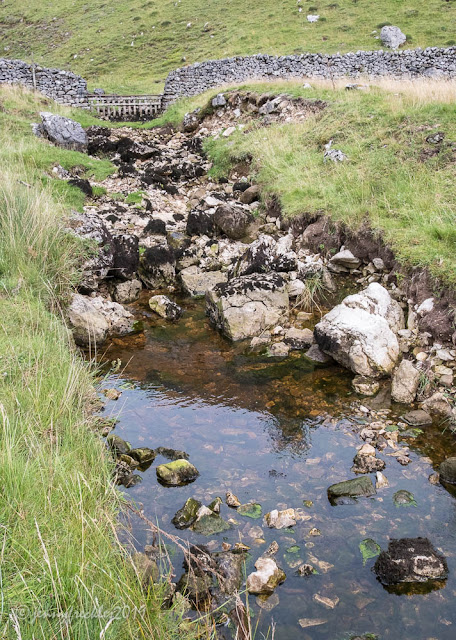 I didn't see a dog or any trolls during my explorations, but there were a few rock climbers in the gorge. Thankfully, they were roped up, as the guy in red fell at one point and swung freely. That was scarier to witness than the Barghest! Anyway, I survived and got safely home. (I don't know whether he did!) 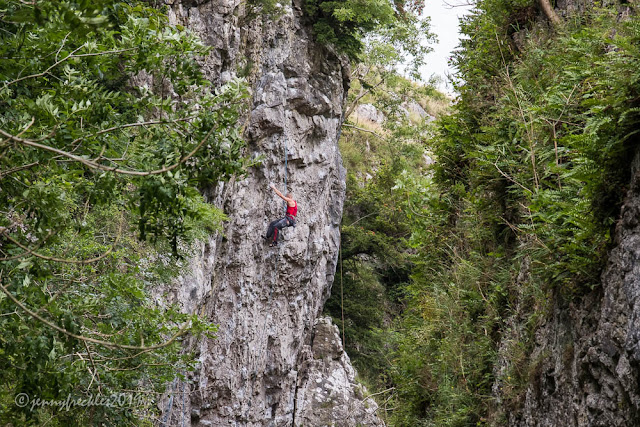