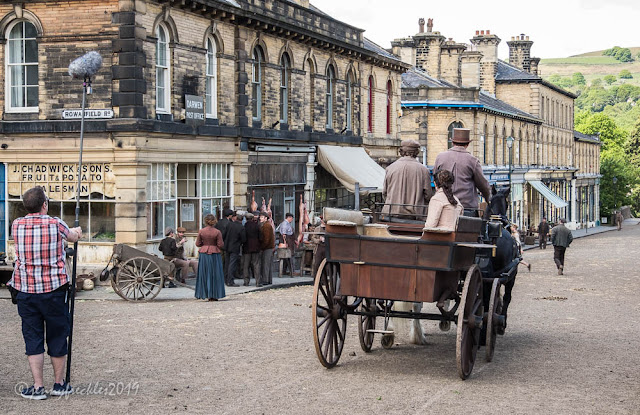 Filming of 'The English Game' was taking place in the open air in the centre of Saltaire on Monday. The cafés and shops at the intersection of Victoria Road and Caroline Street have been pushed back into the 1800s, the tarmac covered with gravel and scores of film makers and actors drafted in. The transformation is really quite impressive. 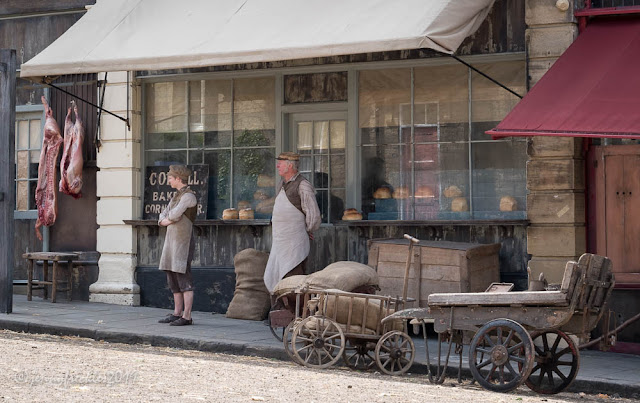 I've seen a lengthy cast list (here) but to be honest I wouldn't recognise most of those listed. I think the majority of the people in my photos are extras. This lady below appeared to be one of the more significant players but I can't place her. 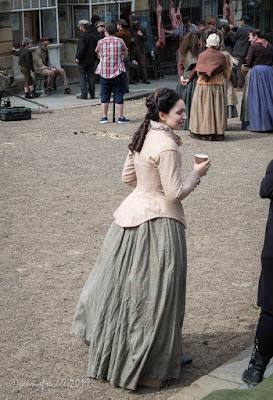 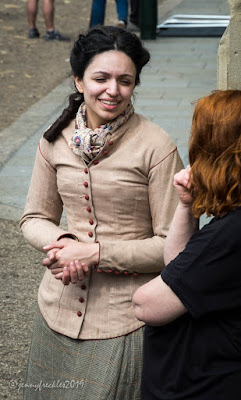 There is an awful lot of hanging around... 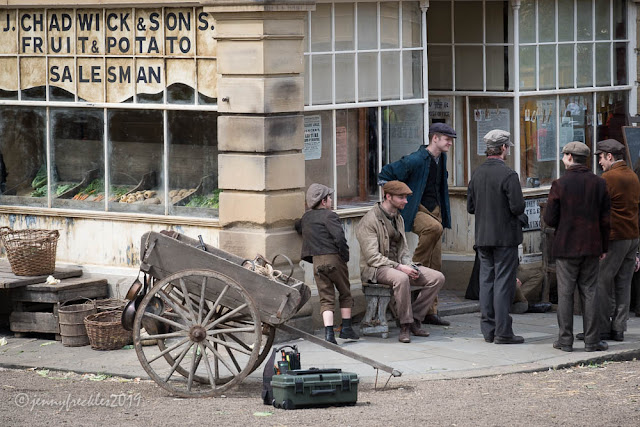 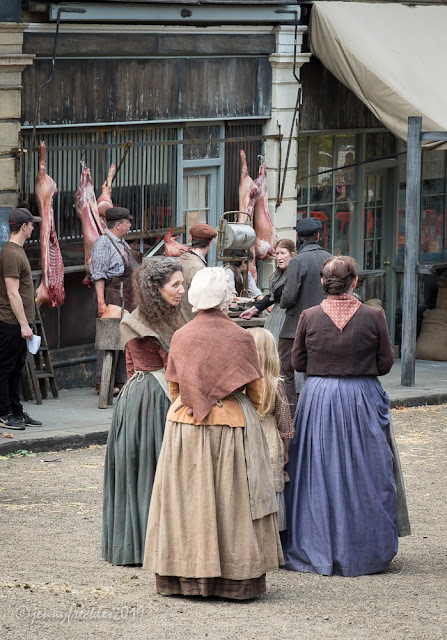 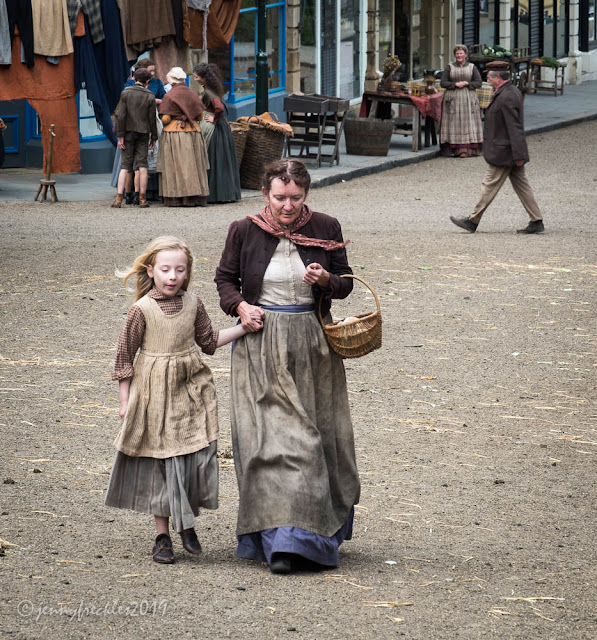 and finishing touches to the costumes and props 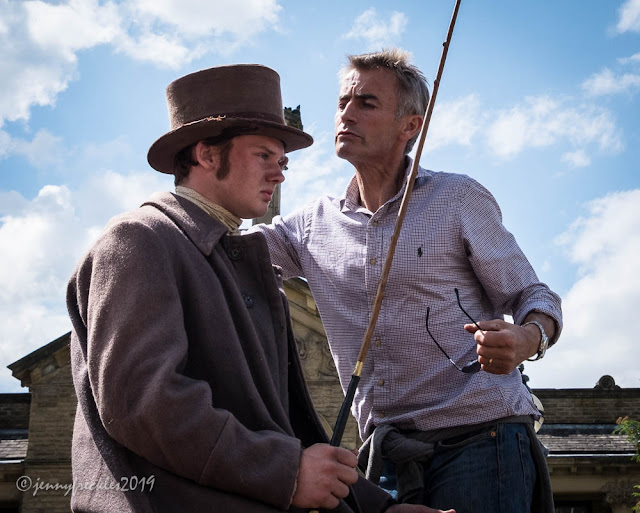 but when they shout 'Action!' it's really quite exciting.  I have managed to identify one of the directors, Tim Fywell, seen below in the jeans, navy hoodie and headphones as they were filming a take. 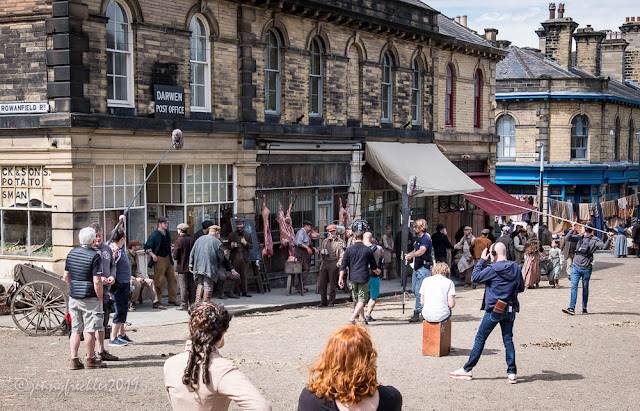