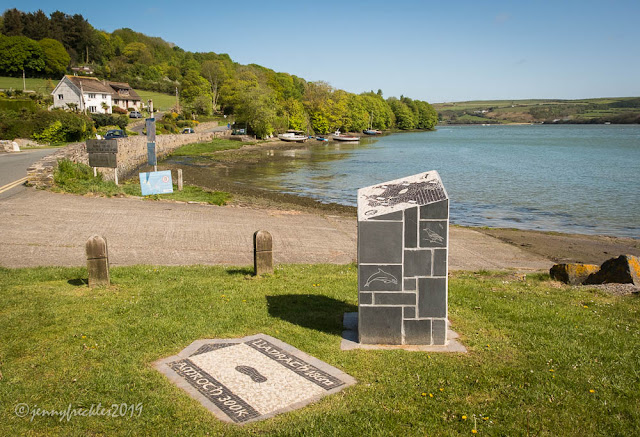 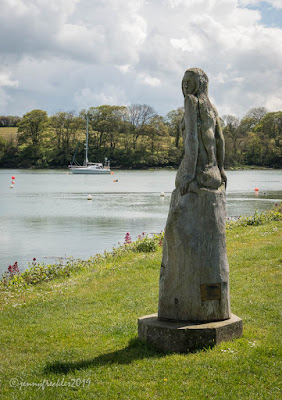 Wales: Our holiday flat was situated in the village of St. Dogmael's, just outside Cardigan on the west Wales coast. It overlooks the Teifi estuary (pronounced something like Taffy or Tavi). I've been there before, a couple of times, and it never ceases to delight. (My long time readers will no doubt remember my other visits.)
The flat has a small sunroom at the front overlooking the river. We often sat just watching the tides, the birds, the boats, the people and cars passing on the road to the beach. It's an ever-changing scene and always very beautiful.

Just across the road is the marker stone for the start (or end) of the Pembrokeshire Coastal Path, a long-distance trail and part of the Wales Coast Path. We saw several people taking photos as they began or ended the walk, notably a group of young women with huge backpacks, just setting off in high spirits.
There's also a wooden statue of a mermaid, commemorating a local legend about a fishermen who captured a mermaid. Read about that HERE.

It's all so peaceful now but, in the 18th and 19th centuries, nearby Cardigan was the largest port in South Wales and St Dogmael's was an important shipbuilding centre. The tidal estuary would have been deeper and much busier and noisier than it is now. 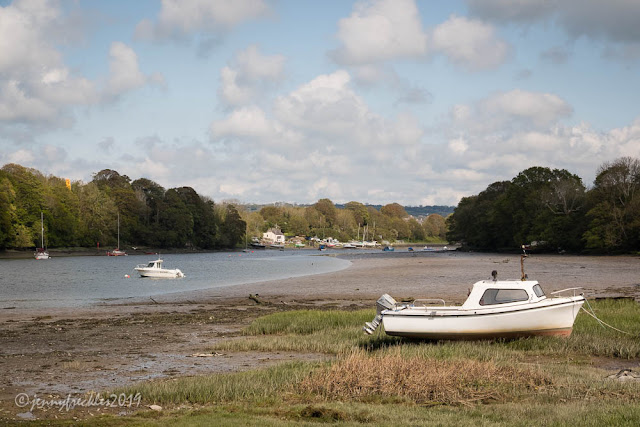