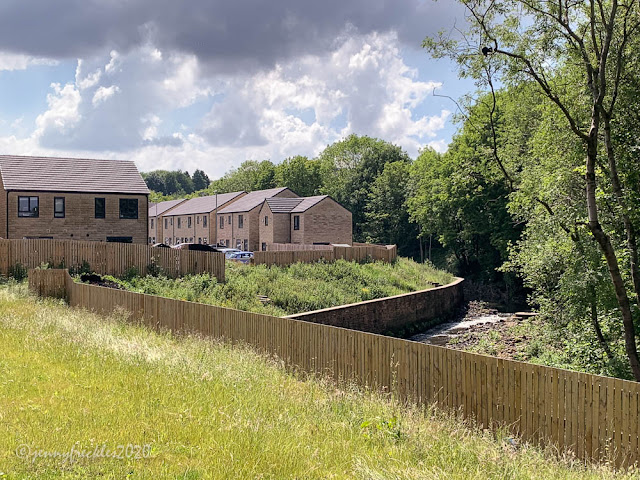 Looping back round the other side of the scrap yard (see yesterday), you cross over the railway line and then across Bradford Beck. This area used to be where the 3.5 mile long Bradford Branch of the canal ran. It was an offshoot of the Leeds-Liverpool Canal, opened in 1774 to carry goods to and from the centre of Bradford. It was, apparently, plagued with problems, suffering serious pollution that caused a major outbreak of cholera and led to its closure for several years. The canal was eventually closed in the 1920s and subsequently filled in, with only a stump left by Junction Bridge.

In the early 2000s, a plan was drawn up to recut the canal all the way from Shipley into Bradford as part of an ambitious regeneration scheme... but it came to nothing. Since then a cycle route has been laid (which is where I was walking) and some new townhouses and flats have been built. With a bit more investment and care, the area could become quite attractive but I suspect in the current climate it will be difficult to find the money for an improvement project. 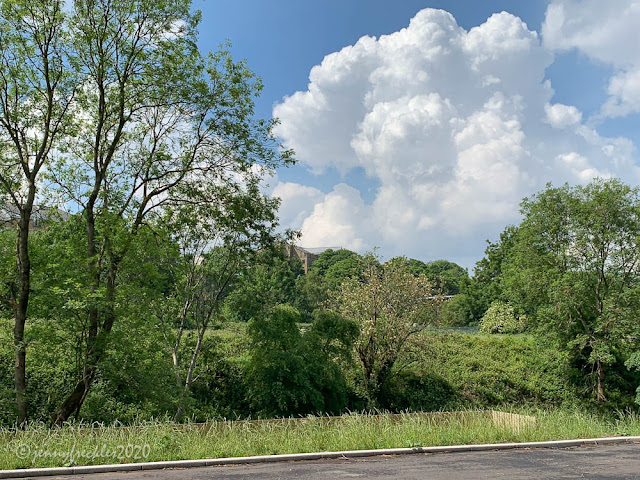